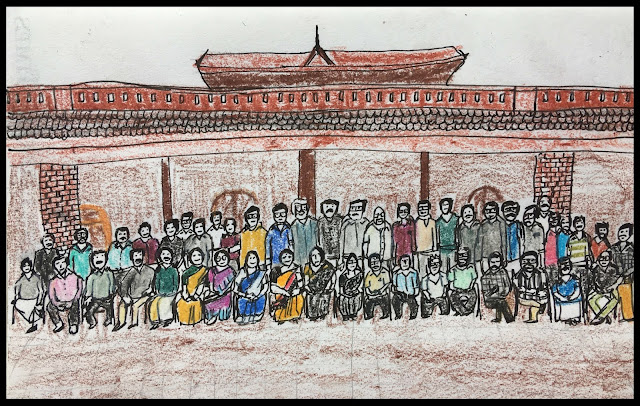 It's Father's Day, and I want to tell you the story of how I found an extended family of sorts with my father's batchmates.  I met my Achhan’s (my father) college batchmates during a reunion they had organised in Kannur, Kerala earlier this year. Amma (my mother), Ammamma (my grandma) and I had been graciously invited despite Achhan having passed away several years ago. I had met a few of them earlier, but I didn't know most of them. I was looking forward to getting to know the people he had studied with, and maybe hear a few stories about him and their college life. I had no idea that a single day would leave a lasting impression on me.  Here's what happened.  A beachside reunion It was the middle of February, just one day after Valentine's Day.  My family and I landed in the middle of the night, and checked into the the beachside resort where everyone else was staying.  In the morning, we were introduced to many of Achhan&
17 comments
Read more

March 29, 2018
In the last eight months that I have spent in Chennai, I have come to acknowledge and appreciate the magic of the spoken language.Long story short- Its thoroughly frustrating to pursue stories in a city which handicaps you with it's alien language. The only other time , I did not have to resort to broken syllables and ambiguous hand movements was when my professor sent me to cover Durga Puja idol-makers.   This morning when I landed on Greams Road, I had to double-check to make sure I was seeing correctly. All around me, sign boards of eateries, motels, pharmacies even travel agencies spelled out in  brightly coloured names bengali letters.Often incorrectly though,it was hilarious to see Rainbow Inn Hotel become Rainmow Inn Otel or Bengali Khabar become Bengali Kabab.  Greams Road is basically an congregation of witty businessman masquerading to be Bengali to play on the sentiments of homesick Bengalis , who play the part of the metaphorical fish out of water too well.  I wal
Post a Comment
Read more

Should Swachh Bharat include swachh paani? 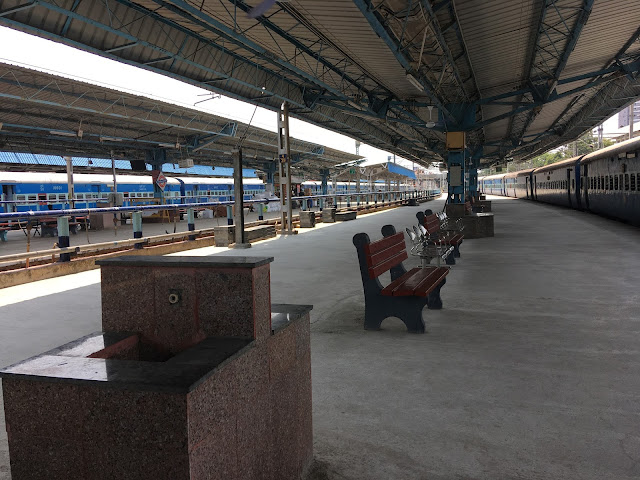 For today's reporting, I walked up and down the platforms in Chennai Egmore station, doggedly testing the pipes to see if there was water. At first, I went around pressing each tap to see if it was working, but after five or six, I figured an easier way. I just had to check if the basin exactly under the pipe was wet.  So the first time I figured this out, I went near a basin with a hand outstretched and half-pressed the tap, when I saw the wet floor of the basin. I was beginning to walk away, when a man who was standing nearby thought I didn't realize there was water in the tap.  Swacch Bharat, but no swacch paani. "Tanni irku, ma (there's water, ma)," he said.  Of course, I went back and washed my hands. Well, hand-washing is good for you, isn't it? In all, there were 60 taps, out of which only 24 had water. Most of the basins just didn't have taps at all. The officials I spoke to told me that the station actually relied on tanker
1 comment
Read more 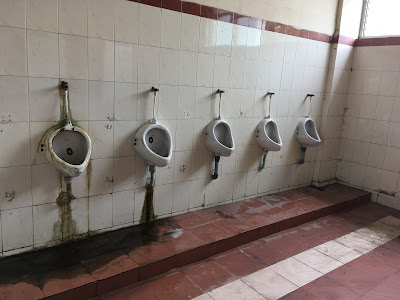 "Why are you asking me all these questions? What has it got to do with the public?", barked the railway contractor on the phone. I had just found out that workers manning the MRTS stations on a particular route were either not getting paid at all, or weren't getting paid much. After a bit of wrangling, I'd manage to get his number and called him. and that's when it got complicated. I had told him I was doing a project on the toilets in the MRTS stations, which was true, but I was hesitant in asking him outright why he he paid his workers so little, because I didn't want the workers to get into trouble. He'd claimed that he was paying Rs.250-500 a day to the workers, but most got paid as little as Rs.2000-3000 a month. It's actually cleaner than it looks. "What's the purpose of all this?", he asked. "Sir, you're a contractor with the Railways, so you're doing a public service, right?" He'd said onl
Post a Comment
Read more

The Blinds In My College Library 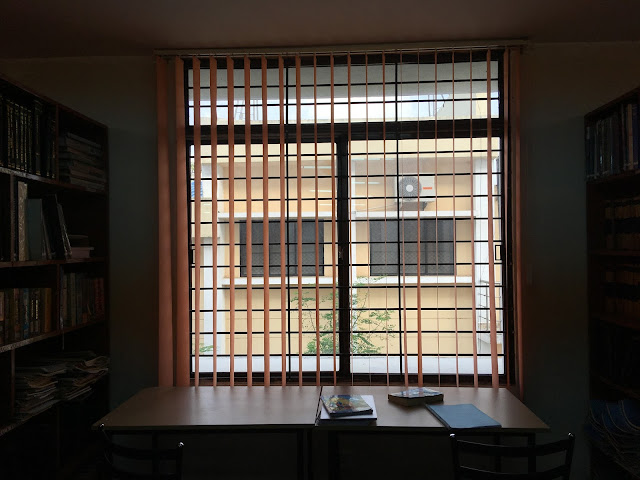 When I first came to college, I spent quite a bit of time in the library. It was mostly to read the paper, but the library became a place where I found friends too. And then we stopped reading. Reading requires patience, and patience was in short shrift when life became a series of classes and assignment and table tennis. The library card in my name always had one or the other book issued, but I'd return them after reading a chapter or four.  Around November last year, I realized that the only book I'd read from start to finish was Sputnik Sweetheart, and that wasn't from the library either. I didn’t think things would change, until we had one of the modules we had as part of our coursework required me to do one thing, and one thing only – read. Thank God for libraries.  It was startling. Suddenly, there was no copy to edit, no app to master. I could choose to read whatever I wanted, wherever I wanted. Tired of staring at screens at all day,
Post a Comment
Read more

Rice in my school dabba 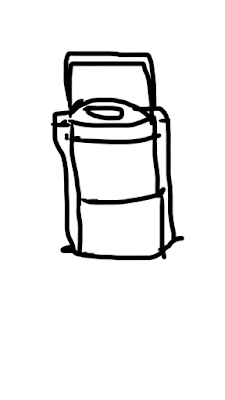 Growing up in Chennai, I was always a little ashamed to have rice in my school dabba. Some of my classmates at the posh school I went to turned up their noses at the humble sambar -rice and rasam -rice my mother packed for me. I would go back home and tell my mother this and she would tell me that I shouldn’t care about what others thought of what I ate. But peer pressure is a strong force, stronger than a mother’s advice when you’re six. I like to think I didn’t complain too much, but perhaps my mother picked up on my insecurities. To make me happy, she made me food other than rice. My mother, working as a teacher in a school, found the time to make rotis in the morning when she could’ve simply made rice. The rotis and sabji were packed in a steel dabba that had two tiers. That was another thing that made me different from all the kids who got food in shiny plastic dabbas, symbols of liberalization and modernity that my parents disavowed because they believe
4 comments
Read more

Hanging out in Hanoi 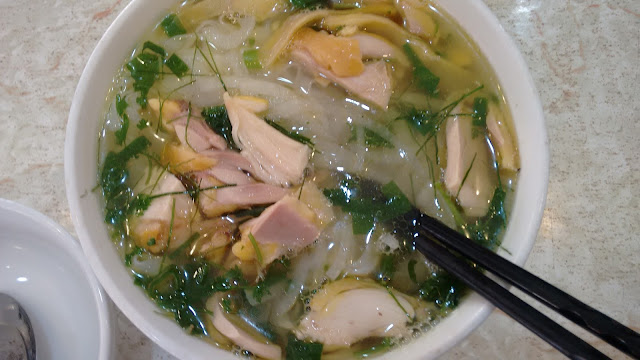 I'm from Bombay (now Mumbai) and it can be a pretty extreme city. Traffic, crowds, summers all connive to drive you crazy. Hanoi was like Bombay on steroids. It can be an overwhelming city - the first thing that hits you is the sheer number of bikes and scooters on the streets. Unlike here, all the bikers wear helmets. And thank God for that, because traffic sense isn't really Hanoi's strong point. And then there was the gloomy weather - grey skies and no sun in all the days we were there, plus lots of pollution (many bikers wear pollution masks). And then the hawkers who want to make a quick buck off you knowing that you don't know the language. All that and I still loved it. Hanoi is a tough city, but something about it that draws you in. And it's hard to put a finger on what that is. Is it the long and violent history, which stays with you no matter where you are - be it a museum or pagoda or church? Is it the great food? Maybe the famous ca
1 comment
Read more
More posts

AnjaliVenu
This blog was started after my father passed away in 2012. It started as a means to move on, and the various things I've done for that to happen. Hence the name GuineaPigTale. I write about travel, usually. Sometimes I take a break to talk about random stuff like films. If you like it, then "like" it. If you love me, then share it! And if you want to talk to me, then comment. I will reply, pakka.